Welcome to Nine Powers, a storytelling game of fun and memorable adventures.

Playing this role-playing game requires the core rules, paper and pencil, a few eight-sided dice, and two or more people eager for stories of excitement, challenge and humor.

Nine Powers an excellent introduction to role-playing games, as well as an exceptionally kid-friendly storytelling game.

The the game can be played anywhere. It works great for "theater of the mind" adventures told without maps and miniatures. There is a diceless version of the rules for stories with a solo hero.

The game includes the fantasy setting of Spyragia. Very few tweaks are needed to adapt the core rules to other settings.

Spyragia is a world ruled and shaped by its Creator and by the nine Powers that the Creator made and gifted with authority, power, and status . The Creator also put boundaries on their influence by assigning them dominions:

The people of Spyragia belong to eight fantasy races inspired by old folk tales and refreshed with new delights.

The game is still being developed and experiences frequent additions and occasional revisions.

Playtesting thanks go to my wife, to Nathan Brown, and to Andy Crawford. Thanks for other helpful feedback go to D.J. Mckenna, David Berg, Eero Tuovinen, and DinDenver.

The name Nine Powers: Tales of Adventure and Daring was suggested by Yasha and catty_big.

This work is not public domain, but I will almost certainly grant permission to other game developers wanting to steal from my ideas if they promise to give credit to this and their other sources. That is how good RPG design works, and what I have endeavored to do!

Nine Powers is written by David L. Van Slyke © 2010—2020. Artwork by various people is given credit individually, including linking to the artist's website or blog when that is available.

Stories in the Nine Powers Setting 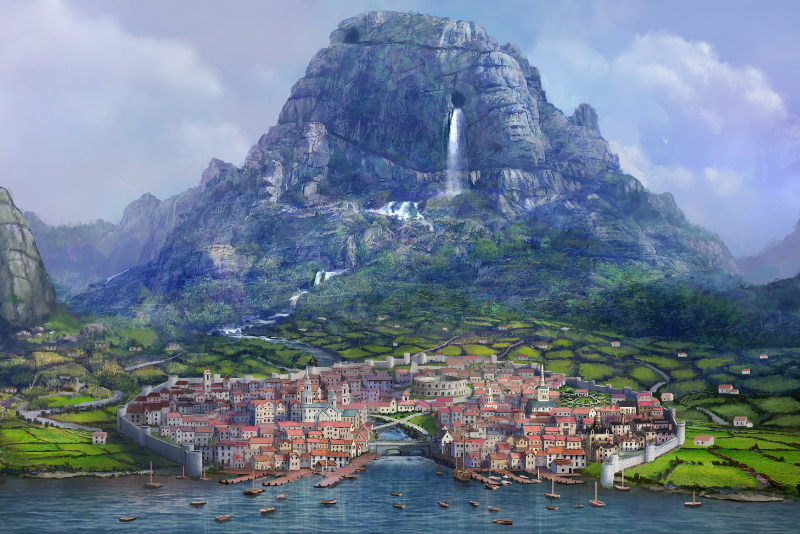 These stories have simple words for young kids to read.

Adventures in the Nine Powers Setting

These pages describe a campaign named The Moonlit Island that I am using with my kids.